The city of Petra, capital of the Nabataean Arabs, is one of the most famous archaeological sites in the world. It is Located 240 km south of the capital Amman and 120 km north of the red sea town of Aqaba. Petra the world wonder is undoubtedly Jordan’s most valuable treasure and greatest tourist attraction, and it is visited by tourists from all over the world.

It is not known precisely when Petra was built, but the city began to prosper as the capital of the Nabataean Empire from the 1st century BC, which grew rich through trade in frankincense, myrrh, and spices.

Petra was later annexed to the Roman Empire and continued to thrive until a large earthquake in 363 AD destroyed much of the city in the 4th century AD.

The earthquake combined with changes in trade routes, eventually led to the downfall of the city which was ultimately abandoned.By the middle of the 7th century Petra appears to have been largely deserted and it was then lost to all except local Bedouin from the area.

In 1812 a Swiss explorer named Johannes Burckhardt set out to ‘rediscover’ Petra; he dressed up as an Arab and convinced his Bedouin guide to take him to the lost city, After this, Petra became increasingly known in the West as a fascinating and beautiful ancient city, and it began attracting visitors and continues to do so today.

Petra is also known as the rose-red city, a name it gets from the wonderful colour of the rock from which many of the city’s structures were carved.

The Nabataeans buried their dead in intricate tombs that were cut out of the mountain sides and the city also had temples, a theater, and following the Roman annexation and later the Byzantine influence, a colonnaded street and churches.

In addition to the magnificent remains of the Nabataean city, human settlement and land use for over 10,000 years can be traced in Petra, where great natural, cultural, archaeological and geological features merge.

On December 6, 1985, Petra was designated a World Heritage Site. Petra
was also chosen by the Smithsonian Magazine as one of the 28 places you
should visit them before you die.

The Neolithic village of Beidha

It is thought to have been occupied from 7200BC to 6500BC, which makes it one of the first settled villages in human history. Around that time the settlement burned down, and was rebuild. After its reconstruction,

it was only inhabited for a short while, before being totally abandonned.

Remains of the houses and a retaining wall are still visible today.

They are remnants of one of the first transitions from semi-settled nomads to settled villagers and the start of an agrarian economy.

At the Beidha Neolithic site, you can view scientific reconstructions of what the Neolithic dwellings may have looked like.

Excavated in the 1950’s and 1960’s by Diane Kirkbride and is located within the protected area of the Petra Archaeological Park. This site, holds one of the oldest settlements in Jordan.

During this period hunters and gatherers lived seasonally in this fertile and sheltered area.

During the Neolithic period, between 8,330 and 7,000 B.C., a permanent village of farmers occupied Beidha and began the practice of agricultural and herding of domesticated goats and sheep.

Many of the concepts and practices that we use today in agrarian societies started in small settlements such as these. The settlers lived in round houses that although easy to construct, had a serious drawback – it was difficult to add a room to a round structure and a struggle for a solution is visible. 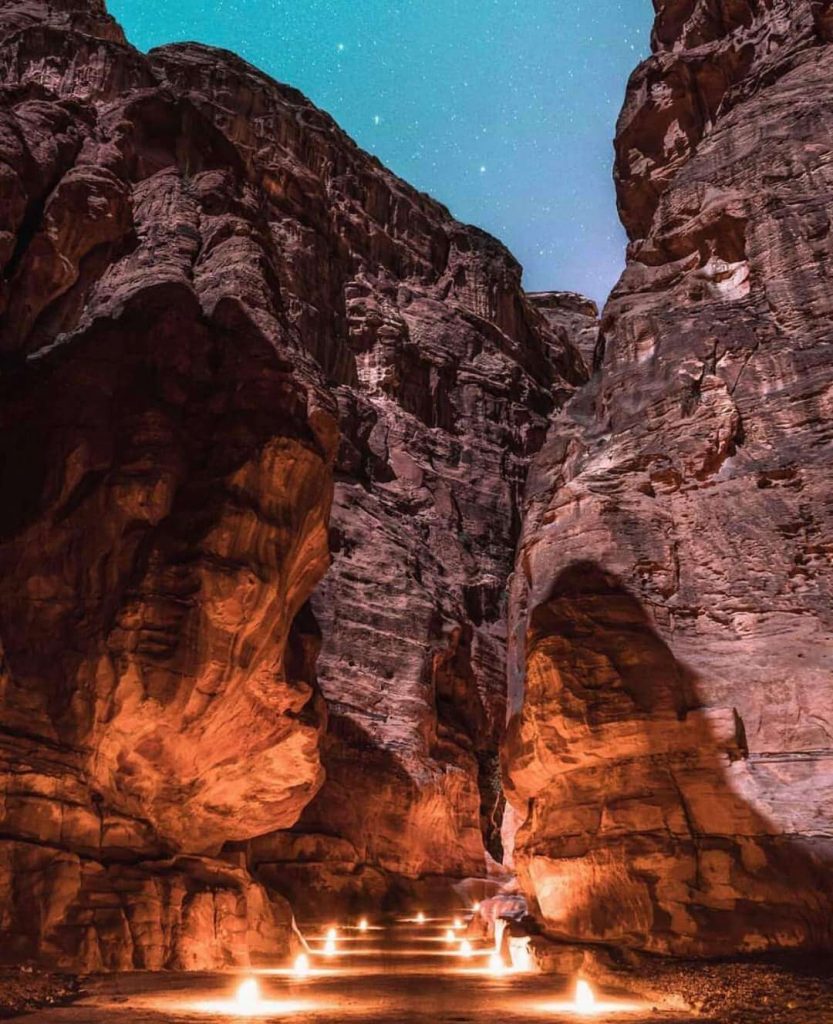 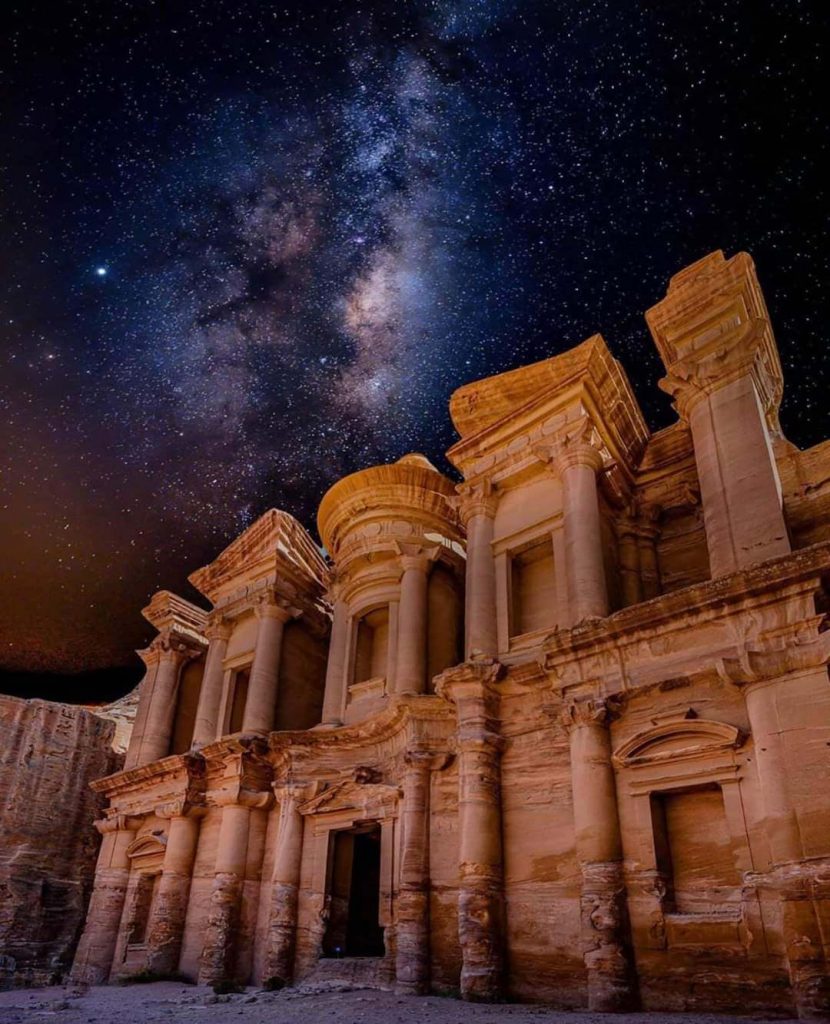 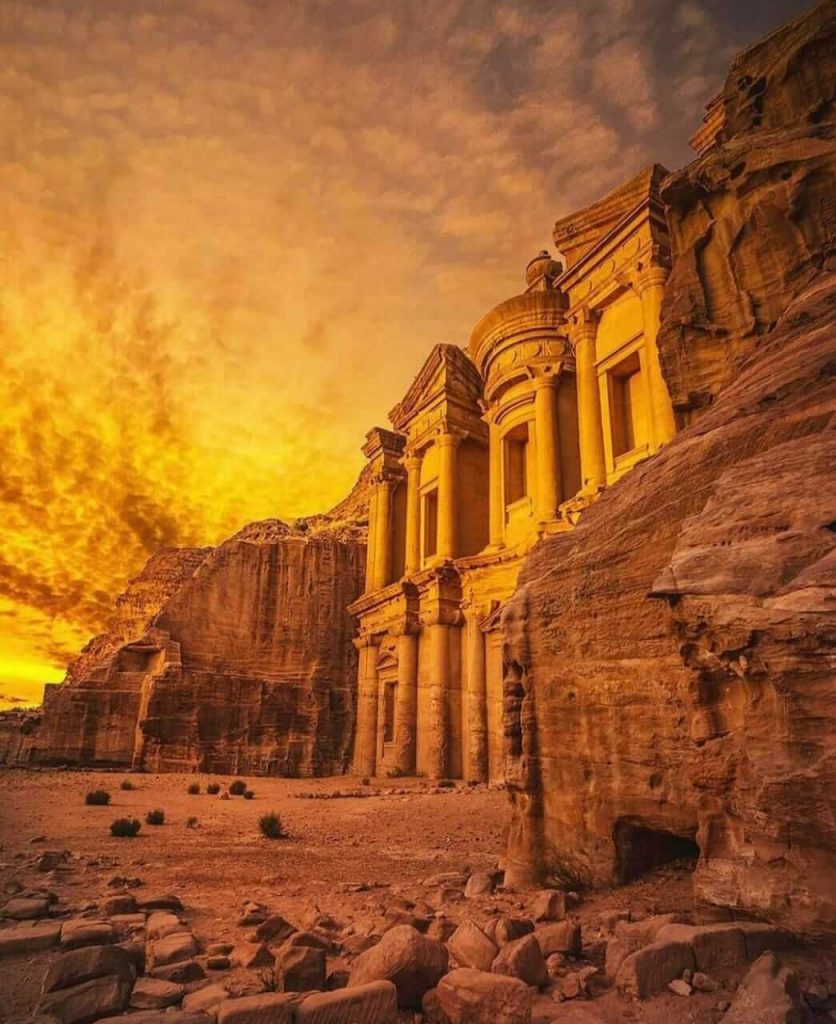 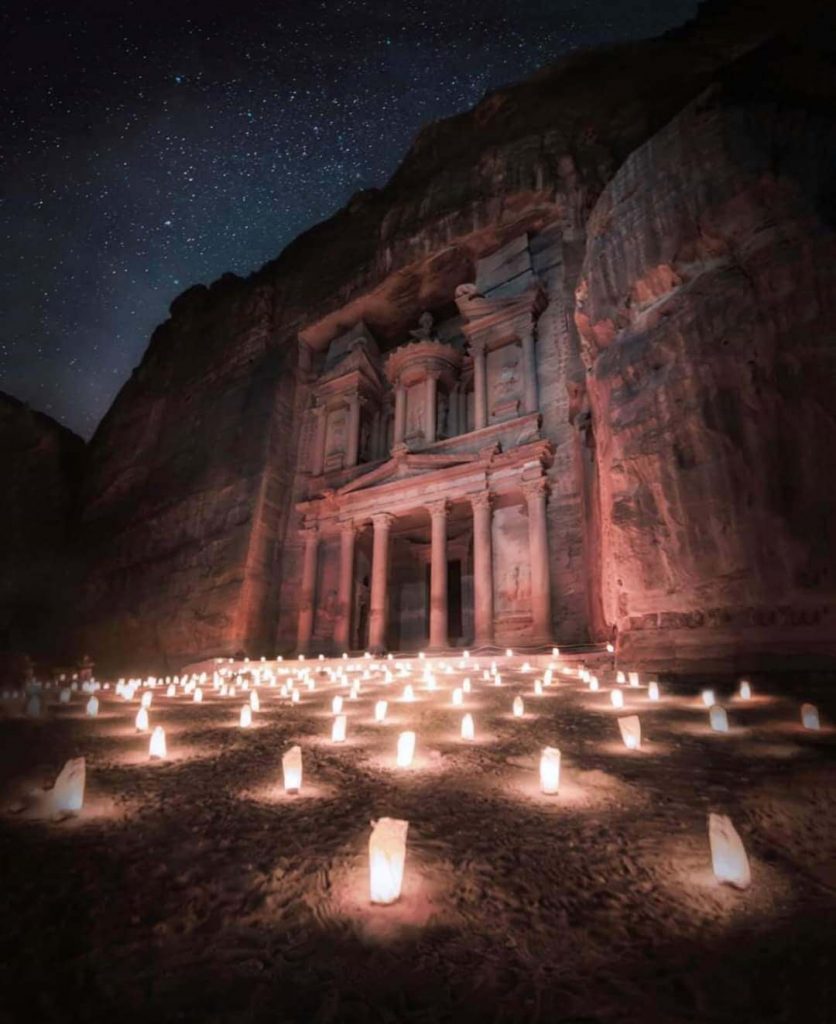 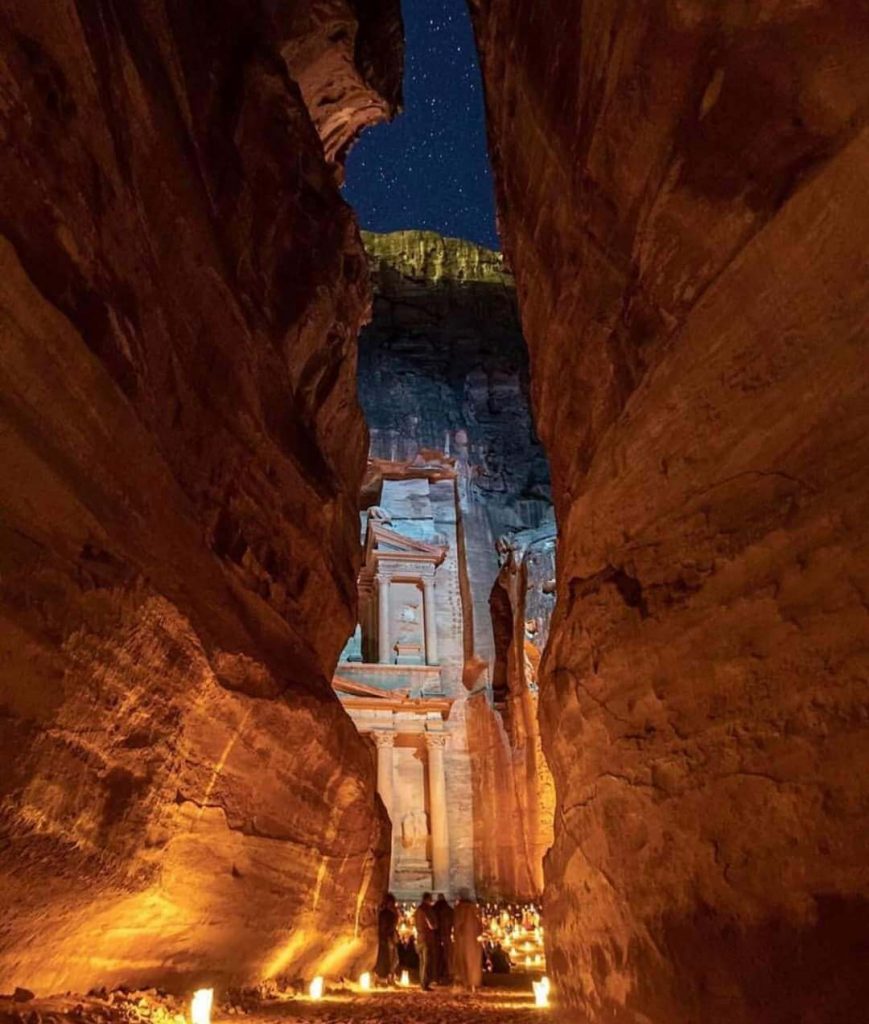 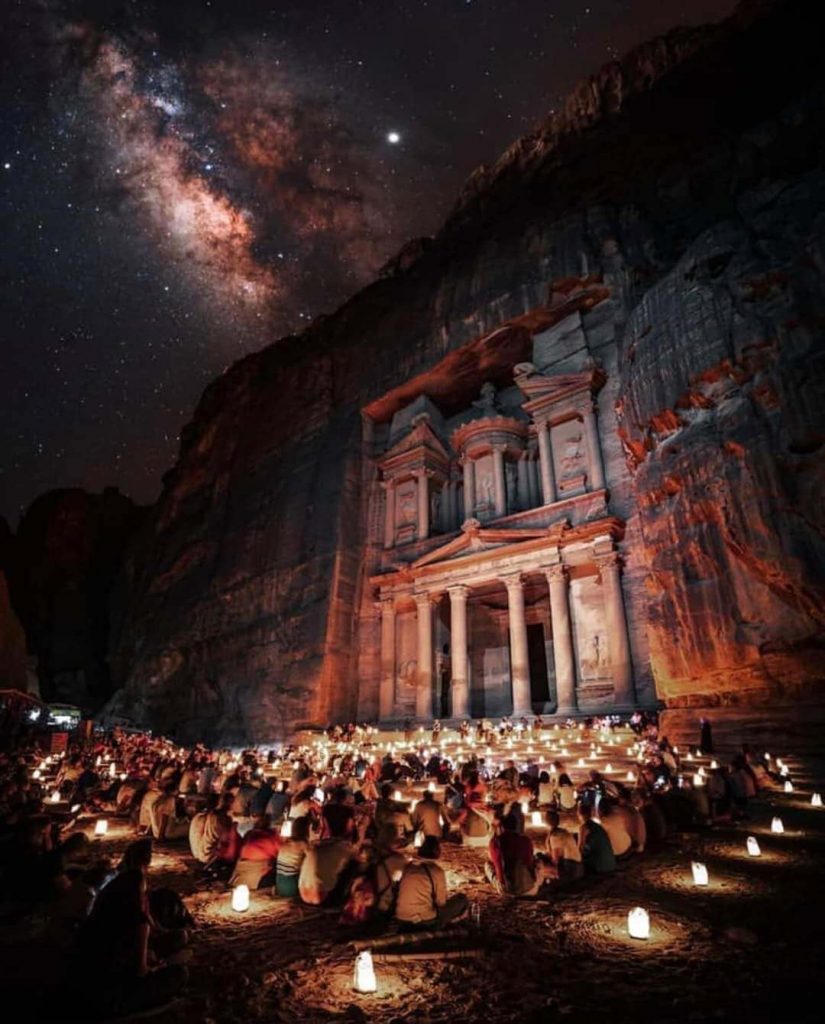 Complete your Petra experience with a visit of Petra Night Show, this event is a magical way to see part of the rock city by candlelight and explore the old city, which has become a world wonder, incomparable experience starts by walking the entire Siq to the Treasury, lit with over 1,500 candles to bring the major attraction due to the spectacular view it has.

Petra by Night runs every Monday, Wednesday and Thursday of each week, starts at 20:30 from Petra Visitor Centre and delivers you back by licensed guide to the Visitor Centre around 22.30pm.

This impressive Crusader castle was built by Baldwin I of Jerusalem in 1115 and was originally called ‘Krak de Montreal’ or ‘Mons Regalis’, so-named in honor of the king’s contribution to its construction (Mont Royal). In its heyday, about 6000 people resided in the castle. It was attacked several times by Saladin and finally fell to him in 1189 after a two-year siege. The Mamluks later restored the castle in the 14th century.